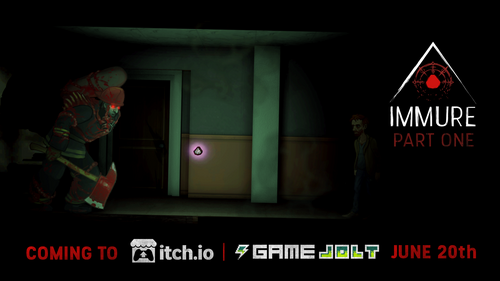 We are proud to finally announce the release of IMMURE Part One on Game Jolt and itch on June 20th!

The delay was due to new features we wanted to implement to properly support a non-Steam version of the game such as in-game achievements. Additionally, this launch will include Russian language support along with some bug fixes. Now that translation work has been properly implemented, we hope to add more languages as we continue to development future parts!